What’s “Wordle”? Created by Josh Wardle, Wordle is an online game in which players have six attempts to guess a randomly selected five-letter word. Wardle originally created the game for his partner who is a fan of word games. However, the game became much more popular than he imagined, and he felt as though it was too much for him to handle by himself. So, at the end of January, creator Josh Wardle sold Wordle to the New York Times for what he stated was “in the low seven figures”. Now, when you visit NYT Games, Wordle is one of the few on the list along with “The Mini”, “Spelling Bee”, and “The Crossword.”

Each daily game uses a word from a randomly ordered list of 2,315 words. The smaller word list was chosen by Wardle’s partner, who categorized the five-letter words into those she knew, those she did not know, and those she might have known.

While this game is not complex, the trickiest part is the limited number of attempts.

–  Letters may be used more than once, and every word you enter must be in the word list. 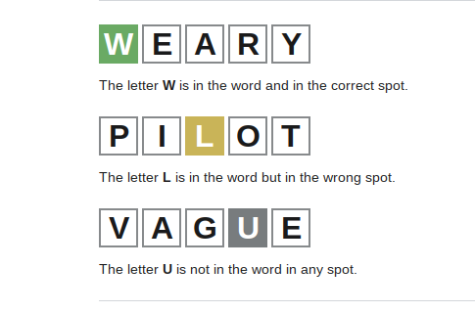 – If you have a letter in the right spot, it will show up green.

– A correct letter in the wrong spot will show up yellow.

This is an example of a finished word: 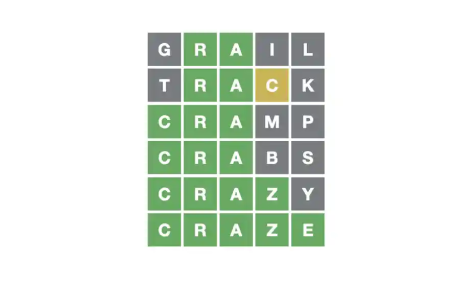 One of the reasons the game is so fun is because there is only one word to guess a day. This makes the anticipation for the new word the following day even better. It is also quite fun to compete with friends to see who is able to get the word in the fewest number of tries. However, if you figure out the word, don’t spoil it for anyone else!