The Fire at the Rocky Mount QVC Warehouse 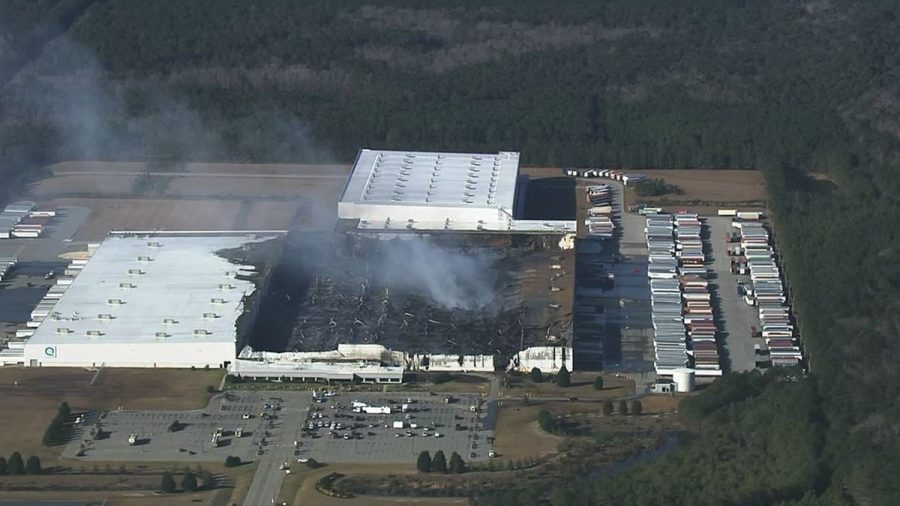 On December 18th, 2021, the Rocky Mount QVC distributing center was struck by a massive fire at 2 AM, having been located here since 1999. The fire caused thousands of employees to be out of a job, as it was one of Rocky Mount’s largest employers, having nearly 2,000 people working there. This massive fire destroyed approximately 75% of the 1.5-million square foot warehouse, the company’s second largest facility, processing roughly 30% of the company’s wares.

Even though 300 people were working at the facility when it started to burn, the only casualty of this disaster was 21 year old Kevon Ricks. He had only been working there for three weeks, and was father to a one year old son. He was reported missing by his godmother and was found not long after. The fire never actually reached the part of the building he was in, but later it was released that he had died from smoke inhalation.

While the cause of the fire still remains under much speculation, it is currently under investigation of whether or not it was caused by arson. Around sixty investigators are currently working on the case, searching for anything that could lead them to it’s cause. There is still not much information out about what started the fire, but there are many speculations of foul play, especially considering the high levels of employee theft that has occurred there in the past.

While the employees are getting paid up until February, many are still unable to get a job, so any donation to them is greatly appreciated. The United Way Tar River Region is working with local nonprofit organizations to make sure that donations are used to provide assistance to those affected. If you would like to donate, please go to their website, WWW.UNITEDWAYTRR.ORG/FireFund or mail it to United Way Tar River Region, 2501 Sunset Avenue, Rocky Mount, NC 27804. Again any contribution, no matter the size, is a huge help to those who have lost their jobs in this disaster.