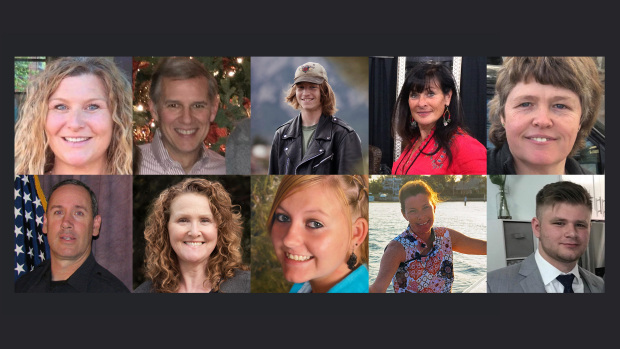 Last Monday, the country was left in total disbelief after the truly heartbreaking events that occured at a grocery store in Boulder, Colorado. It was mid-afternoon on Monday when a gunman walked into a local grocery store and opened fire on customers and workers. These events led to the death of ten people, including a police officer who first responded to the scene around 2:30 pm. Witnesses described the events as chaotic and said that the shooter came into the store and opened fire without saying a word. The shooting started in the parking lot as the gunman fired at his first victim, who was in a van. The man was a repairman for the Starbucks kiosk in the store and was the first to be killed in this terrible massacre. Witnesses first thought that the loud bang caused by the gun was actually a car crash, but after they continued, they were left confused as to what could have possibly caused the noise. The shooter then continued to make his way towards the entrance of the store, where he opened fire on innocent shoppers.

The police have identified the shooter to be Ahmad Al Aliwi Alissa, a 21 year old man who lived in the nearby suburb of Arvada. Police have continued to look into what the motives were for Alissa to take the lives of ten innocent people who were just doing their everyday activities. Alissa walked into the store with a military grade semi automatic rifle and a pistol when he opened fire. The police discovered that he had purchased a Ruger AR-556, a semi automatic pistol, a week earlier. This pistol fires the same caliber ammunition as an AR-15 and was first developed to be used in combat on the battlefield. While it has not been proved that Alissa used the Ruger AR-556 in Boulder, it is still disturbing to know that this weapon could have possibly been used. This isn’t the first time Alissa’s name has been mentioned to the FBI. According to law officials, Alissa had been connected to other suspects on the FBI’s watchlist, and the Bureau has kept their eyes on him for the past few years. He also was known to have a short temper at school, which was caused by other students mocking him because of his ethnicity. Alissa’s brother also told news sources that his brother was mentally ill and suffered from paranoia.

In response to this tragedy, there have been large amounts of public support for new methods of gun control in the United States to prevent events like these from happening again. President Biden has expressed that he believes that a rational gun control law can pass through the Senate, which is evenly divided between the Republicans and Democrats. Along with Biden, Democrats in the House of Representatives have continuously pushed for gun control for the past three months. House Democrats have even called for Biden to take executive action to regulate concealable assault-style firearms. President Biden has not yet taken any executive action to establish any gun control or regulations on firearms. In the coming weeks, mourning citizens across the United States will look to come together and reach an agreement that will help prevent any terrible events like the one in Boulder, Colorado from ever happening again.