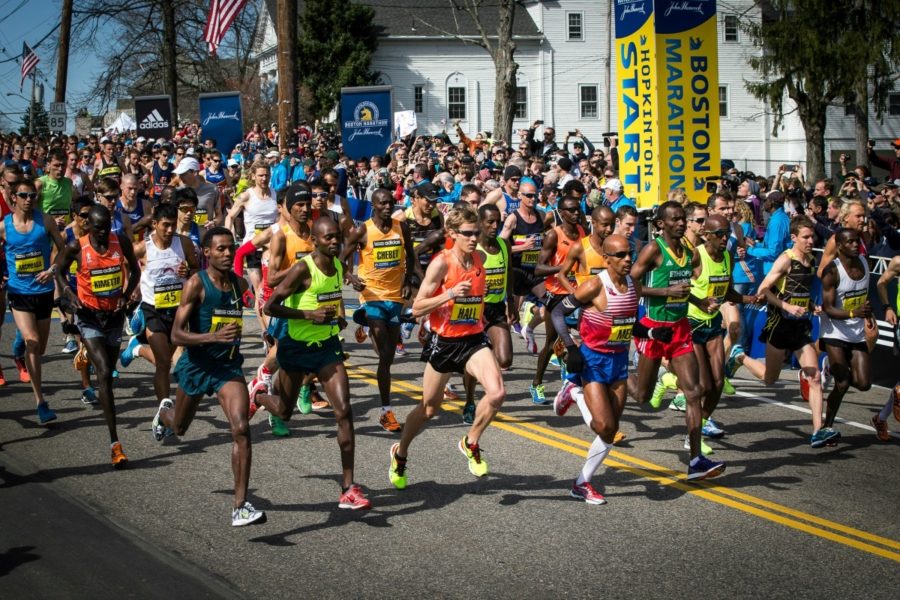 With soccer being the most popular sport worldwide, the FIFA World Cup makes an incredibly important event for many people. The tournament takes place in four year intervals. This June, watch as the excitement of the competition begins in Russia! The World Cup surpasses the Olympics in amount of views and followers, making it the most esteemed sports competition!

Often called the highest sports stage, the Olympics is an incredibly important sporting event. With the motto “Faster, Higher, Stronger,” the Olympic games serve as a place for the greatest athletes from around the world to join together for intense competition, often breaking records every day. The Olympics offers twenty-eight different sports, and athletes range greatly in age, build, and background. The Games show a remarkable time of unity, and they only come around every four years!

The Super Bowl has developed into one of the single most important nights for sports. NFL games can be found on many TV’s throughout the nation starting in late summer and coming to its peak on that fateful Sunday in February. People host parties at their homes, crowd into sports bars, and get ready to watch the action unfold. Some watch the game to see the famous advertisements or the halftime show. The Super Bowl was viewed by about 111 million people this year as the Eagles secured a win against the Patriots.

Held on the first Saturday of May, the Kentucky Derby is the most attended horse race in America. People travel to Louisville, Kentucky in their finest fashions and fascinators to watch as thoroughbreds race 1 ¼ miles to victory. The Derby is the longest running event in the US, not even taking a hiatus during the World Wars. The Derby is known for its betting system that includes many different types of odds to try. Enjoy the “most exciting two minutes in sports” this year on Saturday, May 5th!

The “tradition unlike any other” wrapped up this Sunday with a new champion, Patrick Reed. The Masters is a major event for golf fans, and it is still fun to watch for people just starting to understand the sports. The tournament in Augusta, Georgia has seen huge crowds over the years, and it has also seen history made for the sport several times. The players compete for the coveted green jacket. The tournament is full of classic traditions and competition that have kept people interested in the event since 1934!

This 21-stage bike race spans over three weeks, and it has been running since 1903! About twenty teams with nine riders participate. On TV, you’ll often see the lead biker donning a yellow shirt, racing through the beauty of France. The Tour de France is enjoyed by bike fanatics and average Joes alike. The race is famous for its remarkable scenery, passing through Pyrenees and the Alps, and the famous finish at the Champs-Elysees. Watch as the excitement starts on July 7th!

The Division I men’s national championship has become a national holiday for some avid basketball fans across the nation. “March Madness” is a phrase heard on the news, on the streets, and even in our school! People can be found comparing brackets and discussing last night’s game. The current champs are the boys of the Villanova team!

The MLB World Series attracts about 20 million viewers each year! The championship takes place every year in the fall, and it is won through a best-of-seven playoff. In recent years, we have seen historic World Series wins. This past championship saw the Astros earn their first Commissioner’s Trophy. In 2016, the Cubs won, ending their streak of 108 years without the championship title. Who knows what the next World Series will bring?

The Championships, Wimbledon in London is the oldest tournament in the world.Wimbledon is famous for its all grass courts and continued traditions, making it known as the most prestigious and classic tournament. This tennis major is famous for the dish of strawberries and cream and proper attire for spectators and players. Players wear all-white on the court, and the attire for spectators is nice, especially when the Royal family is in attendance. Make sure to catch the action of this year’s tournament, starting July 2nd.

The Boston Marathon is the world’s oldest annual marathon, as it did not take a break for the World Wars. The marathon generally sees about 500,000 spectators each year, and the number of participants is around 30,000. Runners from all over the world flock to New England to run the famous race. Support these runners on April 16th!